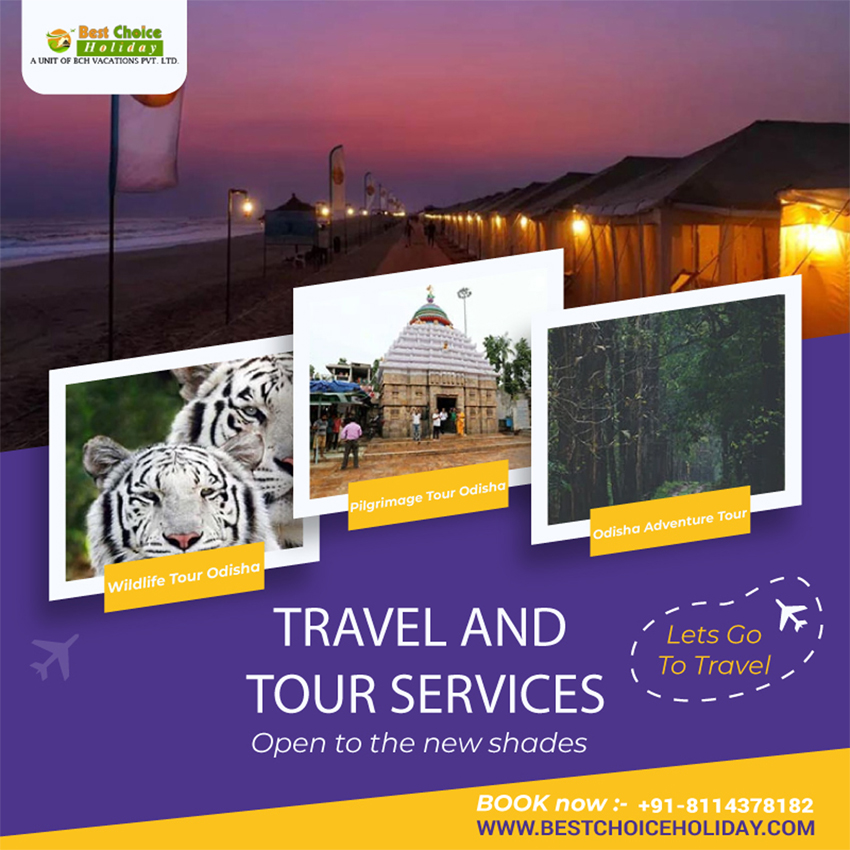 Odisha is undoubtedly one of the ideal getaway destinations to explore, unleash many aspects depending on the preference and priority. There are different Odisha tour packages available, as there are many eccentric and stunning tourist places to visit here. One of those is the unique and fascinating Chausath Yogini temple. It is also famously referred to as ‘Mahamaya temple’ and is approximately 20 km on the exteriors of Bhubaneswar (the capital of Odisha and the temple city). Located in Hirapur, the temple’s structure is quite rare made in unusual circular shapes, missing ceilings, and Yoginis carved around the circle. This Hindu temple is dedicated to 64 avatars of Goddess Durga, and it is believed that Durga took 64 demi-goddesses avatars to defeat a demon. After the defeat, they asked Durga to honor them, and thus a temple was constructed in the physical form to memorialize and remember these 64 goddesses or Yoginis. Do you find it a bit enchanting or captivating? Are you interested in knowing more about the religious attraction place and about the temple? If yes, keep on reading to unleash other facts of the temple.

About Hirapur and the temple:

Supposedly, there are six Chausath Yogini temples in India. Two of them are situated in Odisha, three in Madhya Pradesh, and one in Jirapur. The temple at Jirapur in Madhya Pradesh is functional but in a state of ruin. Hirapur is situated in the state’s rural parts, away from modernization, commercialization, and where you can see acres and acres of rice fields. The Chausath Yogini temple was constructed in the 9th century. Locals come here, worshipping and seeking the blessing of the main deity daily. It’s been a long, the temple wasn’t a tourist attraction, but now it came into the limelight in today’s time. It was discovered in 1953 by the Kedarnath Mahapatra of Odisha State Museum and under India’s Archaeological Survey. It is open to tourists and visitors.

History and Architecture of the temple:

As per the experts, Queen Hiradevi of the Bhauma dynasty builds the temple. As the stories say, the name of the village and the temple come from her character. The very first thing that you will notice about this enticing temple is its architecture. It is not like any of the temples that you may have seen across the country. This small circular-shaped temple uses sandstone, and the primary deities shine in black granite. The temple is neither too massive nor too small. In the front, there is a platform, also known as Surya Pitha or Sun platform. This is for those who come to worship the sun. As the entry is a bit low and narrow, it is a must to enter by going as low as possible. At a time, only one person can enter the temple. At the entrance, one can see intricately carved sculptors of Kaal and Vikaal. Want to know the best thing and beauty of the temple? When you go inside, the entire sky is open to see as the walls are not high. It not only makes one feel at peace and relaxation but also warm. The look is surreal and serene. The Yoginis drew around stand out, as they are stunningly arranged. Each Yogini has a different posture that one can realize after a time. The Yogini figurines are delicately carved stunning sculptures, a perfect thing of beauty and charm, with magnificent hairstyles and animals acting as their pedestals. When you look at them, there is something tranquil and soothing, like channelizing and transferring their energies into the looker. During Navratri time, these are all dolled and dressed up, and special rituals are performed.

When you exit the Chausath Yogini temple, there is a Shiva temple. It is also known as Sankateshwar. It is painted in all white, standing elegantly. There is a Nandi sculpture, too, and is covered in a shiny, vibrant-colored scarf. Another fascinating aspect is the idol of Lord Krishna kept under a shady tree.

The Chausath Yogini Mahotsava is the best time to feel the grandeur and enjoy the most at the temple. It usually takes place every year between 23rd to 25th of December. During this Mahotsava, the temple becomes alive with lights, and music, and folk dances by the locals right outside. It is a grand event, and visitors come from all corners to watch the festival’s brilliance and grandiosity. A few quick tips related to visiting the Yogini temple are as follows:

Undeniably, the Chausath Yogini temple in Hirapur, Bhubaneswar, is one such rare sight that must get more appreciation and recognition. It has magnificent folklore and vibrant, colorful history. The Yogini temple is more like a revelation in India’s history, and when more people visit, it will start blooming. There are many other Bhubaneswar sightseeing spots, and when you visit, you can accordingly plan to check out. Contact Best Choice Holiday, a reliable Odisha travel agency, to customize your itinerary at the best quotes. Happy holidaying, and do not forget to visit the enticing Chausath Yogini Temple in Hirapur!