Some Of The Must-Visit Temples In Your Next Odisha Tour 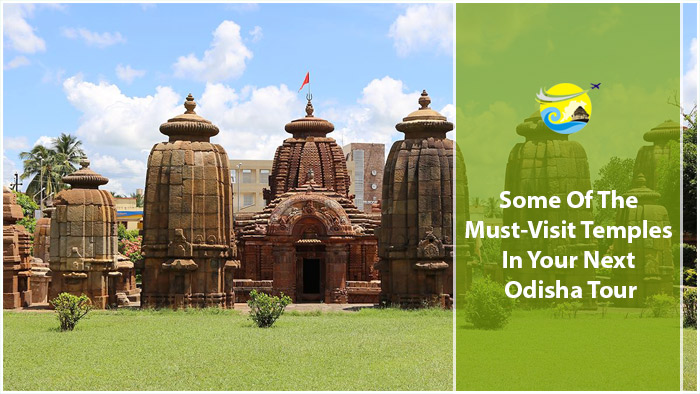 Some Of The Must-Visit Temples In Your Next Odisha Tour

If there’s one thing that will attract you to the state of Odisha apart from its beaches, mountains and natural beauty, then it definitely has to be the temples. In fact, Odisha can be well christened as a land of temples, which are so nicely structured in every accessible and remotest corner of the state, and also hold great significance. Each city and district has unique kinds of temples, and you’ll find so much appeal in all of them. Some may have grand architecture, others might have a humble history, and rest may be the ones which sees the most number of tourist footfall. Moreover, Odisha’s capital city, Bhubaneswar, in itself is named as the “Temple City,” and houses around 600 temples within the city itself. So, you can get a clue of the state’s culture of temple diversity.

But the thing that’s common amongst all is the connection it holds with its people and tourists, as well as the calmness it provides on being blessed. Not necessarily you need to have a spiritual or religious inclination to tour the temples of Odisha. Only a strong liking for something special in terms of heritage, architecture, grandeur and history will also be enough to be enticed by Odisha’s temple culture.

Although it’s almost impossible to list down all the major temples of Odisha, herein we have tried to showcase the must-visit ones.

Jagannath Temple, Puri
This is the most renowned among all the temples in Odisha, for being the holy center of Lord Jagannath and for hosting the revered annual Rath Yatra festival. Your temple visit to Odisha will be incomplete if you miss out on the Jagannath Temple of Puri. Also, the Chaar Dhaam Yatra of Hindus can’t be completed without visiting here. That’s how significant and spectacular this holy place is.

Konark Sun Temple, Konark
Another place of high importance to the state is the Konark Sun Temple, which is a 13th century Sun Temple, and is shaped like giant chariot, which is exquisitely craved with stones, wheels, walls and pillars. The temple gets its name as “Black Pakoda” owing to the reason that it is constructed using black granite.

Maa Tara Tarini Temple, Berhampur
Apart from being one of the oldest pilgrimage centers, this temple is also considered to be one of the four major Shakti Peethas in India, and there are still several mysteries revolving around the temple site. Be here to witness the majestic temple located scenically on the Kumari Hills, and be blessed by Goddess Maa Tara Tarini

Dhabaleswar Temple, Cuttack
Situated nicely on the Dhabaleswar Island, on the banks of Mahanadi River, this temple is dedicated to Lord Shiva, and comprises of stone carvings which date back to early 10th and 11th centuries. It’s also one of the oldest temples in Odisha, and is located at around 37 kms away from Cuttack.

Lingaraja Temple, Bhubaneswar
Built in Kalingan architectural style, this is one of the oldest temples of Odisha, and is dedicated to Lord Harihara, an incarnation of Lord Shiva. But what’s interesting about this temple is that the lingam here is believed to have been originated by its own. Hence the temple is also known as Swayambhu, wherein the deities of both Lord Vishnu and Lord Shiva are worshipped.

As we have already mentioned that Bhubaneswar has plenty of temples to keep people fascinated. Apart from being at the Lingaraja Temple, you can also visit the Ram Mandir, Mukteswar Temple, Rajarani Temple, Chausathi Yogini Temple, Iskcon Temple, Ananta Vasudev Temple, Parashurameshvara Temple and many others.

This is just a consolidated list of all the major temples in Odisha. You’ll be surprised by all the rich grandeur and heritage in temples which the state provides. Visit any city or district here, and have the best spiritual tour of Odisha.