Why Tribal Culture of Odisha is Fascinating to Explore

Home - Odisha - Why Tribal Culture of Odisha is Fascinating to Explore 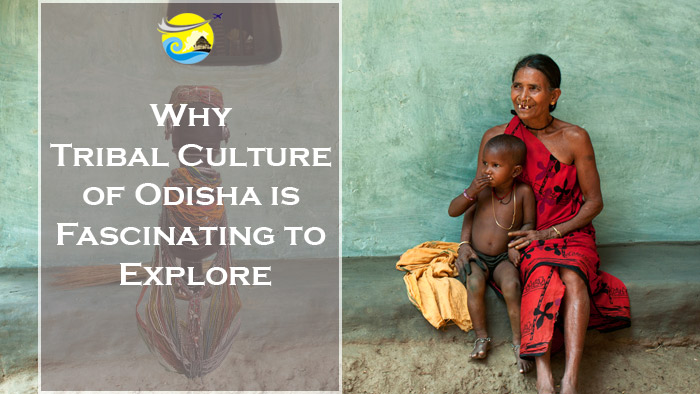 Why Tribal Culture of Odisha is Fascinating to Explore

There are some exquisite and magical places in India to explore to and indeed, Odisha is one of them. Filled with ancient monuments and breathtaking temples, a home to thousands of rich and creative craftsmen and artists, rare wildlife species, stunning beaches, waterfalls and lakes, natural sightseeing and scenic beauty and a lot more makes it one worth visit place to be. It is the truth that the state proffers some of the biggest and well known awareness with the tribal living in India. Have you ever thought that what exactly makes the tribal culture and richness of Odisha simply fascinating and intriguing to explore that no other state could do? There are tribes available in many other parts of the country but why Odisha tribal culture compel and attract visitors from all corners of the world every year? As a matter of fact, aside from being acting like the pioneers, tribals of Odisha are well known to be preserving and practicing their own cultures assuring to not compromise and match with the modernity and the outer world. How it really makes the land stand apart from others and simply out of the league from others, to know about it simply feel free to read all along in below.

The Enormous Population and The Tribal Tours in Odisha

Though, there are tribal villages and plans available in the country but the loyal and blessed land of Odisha calls everyone for small tribal tours and travels as there are close to 62 distinct and unique tribes living in one region or the other. In fact, this is pretty much interesting and magnificent to know that around one fifth of the population of Odisha comprises the attractive and extremely engaging tribal people leaving you all in awe and must explore their living standard, know about their culture, tradition, what they follow, how they spend their day to day routine and more; and a tribal tour could be one fitting answer for all.

The Real Treasures of Nature

If you have explored tribes and their culture anywhere aside from Odisha, you might have become aware of the thing that these tribes have culture and integrity of their own but as of now it is not well supported by nature and surroundings. They still try and put their best effort to practice and maintain everything like their forefathers did but the lack of resources and the outer world actually prevent them for doing and following the same. In Odisha, things are different. The dense forests and lush green beauty is the greenest and ecological homes for all the tribes who have been seeking for solace and contentment amidst nature. Even as of today, tribal people in Odisha practice typical hunting and all those activities right in front of you without any uneasiness. The experience of a tribal tour could actually thrill you, fascinate you and all over makes you wonder how these tribes and people live, how much they are happy with small things in life and how still modernism and technology hasn’t touched them and still they are at peace and satisfaction.

A World of Its Own – Tribal Life and Culture of Odisha

Out of 62 notified tribes in the state, Government of India has declared 8 scheduled tribes as the Primitive Tribal Groups and they include Bondo Paraja, Juang, Lodha, Birhor, Mankidia, Kharia, Soura and Didayi. Out of all, few of them are blended well with the society and are in a better economic position as well whereas few are still living their secluded lives and following their own culture, traditions, rituals and spoke different languages. A tribal tour could be a spellbinding way to go and experience different cultures at the same time. Tribal people are well known to be pretty much dedicated, focused and extremely hardworking. Different tribes are engaged in different kinds of occupations, but most of them are into fishing, agriculture, hunting, handicrafts, working in mills, etc. Even, few of them including Gadaba and Bondo make clothes and have their own looms for their living.

Do tribal costumes attract you to know about them? As far as they are getting discussed, men usually wear loin clothes and women wrap all along a lengthy cloth material along with the scarf on their head. Most of the tribal women carry bracelets, ornaments, necklaces made up of brass and aluminium and girls could be seen with different tattoos over their faces. Most of the tribes have still been sustained and maintained their age-old customs and rituals. Songs, dances, arts and crafts and festivals are the most prominent form reflecting their culture. Almost every celebration is incomplete without songs and colourful and lively dance steps. Death, birth or marriage celebrations are supposed to be private events and are usually kept within the family. Any event related to hunting or harvesting is celebrated as a community at a large scale and celebrated well with lots of festivities and enthusiasm.

In a shell, the way and zeal with which tribal people of Odisha live and spend their days is something that really teaches everyone about how to live with a little and that too with satisfaction. Many areas till date lack so many things and resources but still after looking at them, you will feel so complete. With the development of the place, facilities and services have been reaching out to them gradually. Being filled with so much abundance and richness of festivals and excitement and happiness, hunting expeditions, customs, living styles and what not, everything could make the tribal culture truly fascinating, progressing and cultivating. So, get a peek on the different tribes of Orissa and their culture and let others know about that reason that intrigued you to explore and know more of them.

To book any Odisha tour or domestic tour package email us at book@bestchoiceholiday.com or Call/WhatsApp on +91 8114378182!