The Buddhist Significance In Odisha And What You Can Expect 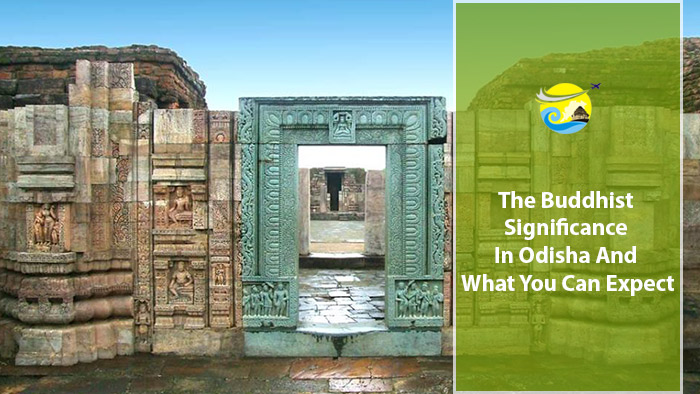 The Buddhist Significance In Odisha And What You Can Expect

Believe it or not, but Odisha is one of the states wherein the teachings of Buddhism are clearly depicted. In fact, the prominence of Buddhism Tour in Odisha has witnessed an interesting trajectory. It’s never that Lord Buddha himself has visited this state, but his teachings have always been gladly welcomed. So much so, that even now in this modern era, people are attracted to the multiple Buddhist sites in Odisha, just to be re-connected to the peace and serenity which Buddhism offers.

As compared to other Indian states, Odisha’s contribution to Buddhism is immense. As the ancient tale mentions, it’s said that the hair relic of Lord Buddha was brought to Utkala (Odisha’s ancient name) by two merchants named Bhallika and Tapassu. These traders then deposited the hair-relic in a Chaitya (Kesha Stupa) built by them. Interestingly, these two merchants were also the first disciples of Lord Buddha. And in the course of time, even the tooth and nail relics of Lord Buddha were bought to Odisha. That’s how the sacred Buddhist learnings initially entered the state.

As per the archaeological excavations, around 200 Buddhist sites are scattered across the length and breadth of Odisha, which date back from the 6th century BC to at least the 15th-16th centuries AD, with the 8th-10th centuries being the period when Buddhism actually prospered in the state.
As of today, the largest concentration of Buddhist remains in the state can be sighted in three sites namely Ratnagiri, Udayagiri, and Lalitgiri, which is also popularly referred to as “The Diamond Triangle.” Not just these sites comprise of picturesque views, series of monasteries, temples, shrines, stupas, and beautiful sculptures of Buddhist images but also offer a visceral experience of the rich Buddhist heritage in the state.

Udayagiri(Sunrise Hill) is the one of the largest Buddhist sites in Odisha, and is easily accessible in the city of Bhubaneswar. Most importantly, it is situated in the basin of a U-shaped hill, and the remains comprise of a huge monastic complex, a brick Mahastupa, two brick monasteries, a massive shrine complex, a beautiful stone stepped well and various rock cut sculptures. Tourists can also spot ancient inscriptions embellished all over the picturesque stone-well and stunning rock-cut sculptures which adorn Udayagiri.

Next up, Lalitgiri is even a fantastic site to visit for its beautiful monasteries and stupas. Belonging to the 1st century, it is considered to one of the oldest of the three sites included in the ‘Diamond Triangle Tour.’ Lalitgiri is also sacred in terms that a massive stupa where a relic of Buddha was discovered – his teeth in the form of a bone inside a stone casket. While here, you can also visit the museum which houses several sculptures including the casket with Buddha’s relic.

The third site, Ratnagiri, is also one of the most important destinations of the Diamond Triangle wherein a large monastery, a giant stupa and several other Buddhist shrines have been excavated. As per the historians, Ratnagiri was established around the 5th century by the Gupta kings and the region flourished till the 13th century. Also, the most important monument here is the giant and beautiful mahastupawhich has been surrounded by several smaller stupas, and is believed to have been built around the 9th century.

One of the other Buddhist destinations in the state which is highly popular among the tourists and offers a spectacular view is the Dhauligiri. It’s nicely tucked in a hill range in the outskirts of Bhubaneswar. Being of a historic significance, it was here at Dhauli by the side of Daya River that emperor Ashok laid down the weapons of violence and accepted a life of Ahimsa (non-violence)in the form of Buddhism after the great Kalinga war.

Besides all these beautiful sites, Buddhist monuments are scattered throughout the state which are still awaiting further excavation and study. Cuttack, Sambalpur, Balasore, Ganjam and Phulbani are some places in the state, to name a few.